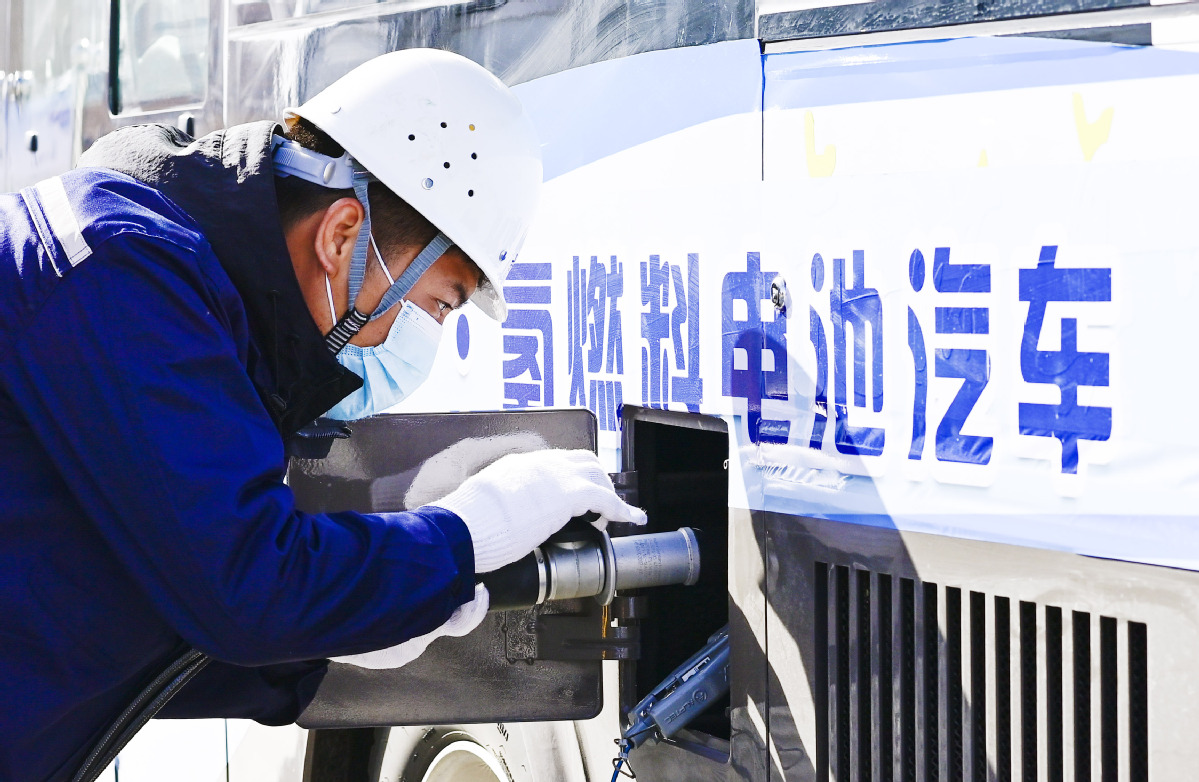 Green hydrogen production capacity in a North China city will be equal to 5 percent of the European Union's target for consumption in eight years, thus illustrating the Chinese government's strong determination to realize the green energy transition, said a report released recently.

Ordos, which has some of the richest coal reserves nationwide－together with Shanxi and Shaanxi provinces－plans to produce 1 million metric tons of green hydrogen per year by the end of the decade.

The city announced its goal as part of a hydrogen plan released on June 21. The initial aim is to produce 400,000 tons of green hydrogen by 2025 and then continue to ramp up output till 2030.

Of the 1-million-ton target, 70 percent will be used for methanol and ammonia production. BloombergNEF estimates that if all methanol production in Ordos was made using green hydrogen as a feedstock, corresponding green hydrogen demand would reach 2 million tons per year, twice Ordos' total 2030 target.

Four companies－Ningxia Baofeng Energy Group, Shengyuan Group, China Petrochemical Corp and China Coal Energy Co－are set to play an outsized role in Ordos' green hydrogen production. Together, they will account for 65 percent of green hydrogen capacity commissioned in the city by 2025, it said.

An analyst said green hydrogen will play an important role in interconnecting renewable energy and decarbonization within industrial systems.

Luo Zuoxian, head of intelligence and research at the Sinopec Economics and Development Research Institute, said the green hydrogen industry will see costs further reduced, thanks to technological advances in the country.

However, China's production, supply, storage and sales of green hydrogen are still in the initial stages, and the nation needs to accumulate more experience for future large-scale development, Luo said.

Ordos' plan would be a boost for domestic electrolyzer manufacturers as the newly announced green hydrogen projects in the city could potentially alleviate some electrolyzer overcapacity, said Wei Hanyang, an analyst with BloombergNEF.

BloombergNEF estimates that Ordos alone could drive 4.3 gigawatts of electrolyzer shipments in China.