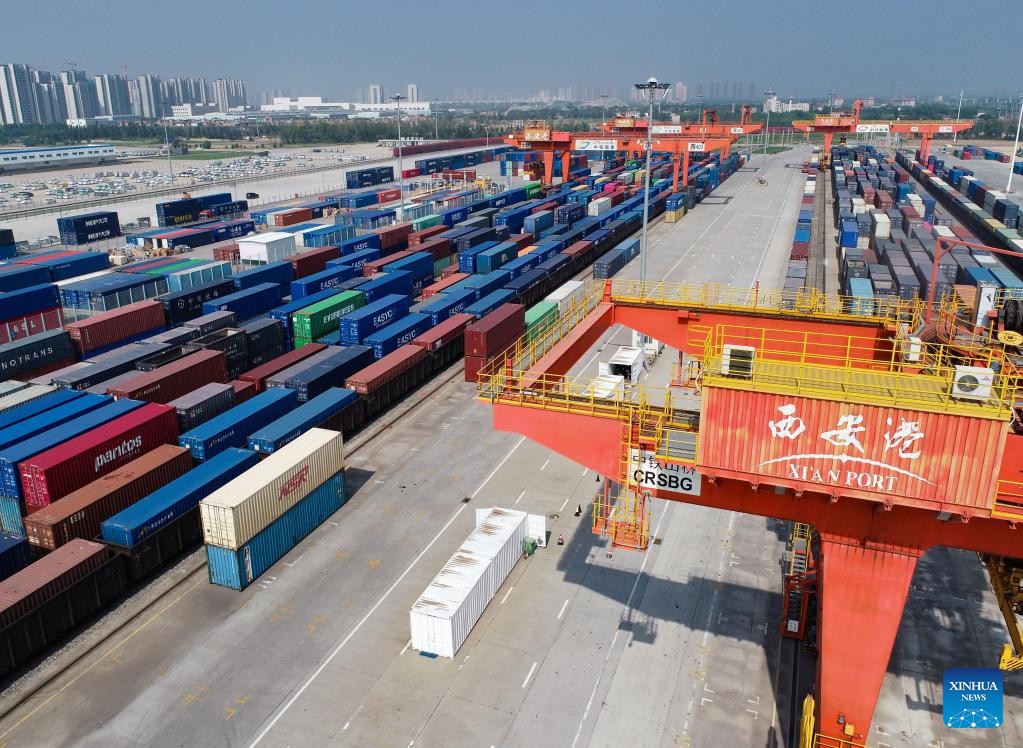 XI'AN - In the production workshop of Sirui Advanced Copper Alloy Technology Co Ltd, based in Xi'an, capital of Northwest China's Shaanxi province, a batch of high-tech metal materials was ready for export.

Despite being located in the inland province, the company has extended its business tentacles to the world. It is a vital supplier to several global top 500 companies.

The rail-sea intermodal transportation used to be the company's primary mode of freight. However, due to the COVID-19 pandemic, many international shipping ports were often congested, which profoundly affected the company's product exports.

"We decided to ship the batch of products to Germany, France, and other places via Chang'an China-Europe freight trains after making a comprehensive evaluation of customers' price terms and logistics conditions," said Ma Guoqing with Sirui Advanced Copper Alloy Technology.

"The China-Europe freight train service helps save logistics costs and shorten the delivery time. It plays a significant role in stabilizing the international trade logistics, especially during the pandemic," Ma added.

The growing number of international air cargo routes in Xi'an has also ensured the smooth transportation of goods to overseas markets.

On June 29, an all-cargo aircraft carrying 29 tons of high-value-added products, such as mobile phones and other mobile terminal equipment, left the Xi'an Xianyang International Airport for St Petersburg, Russia.

It is the third international all-cargo air route Xi'an has opened this year after the routes linking Xi'an with Osaka and Almaty.

"We have been enhancing the international logistics capacity of the airport with a slew of measures such as improving customs clearance efficiency and enhancing management systems," said Zhang Lei, with the Airport New City in Xixian New Area of Shaanxi.

In the first half of this year, total import and export volumes of Shaanxi reached 236.2 billion yuan ($35 billion), a year-on-year increase of 6 percent, according to the Shaanxi provincial bureau of statistics.