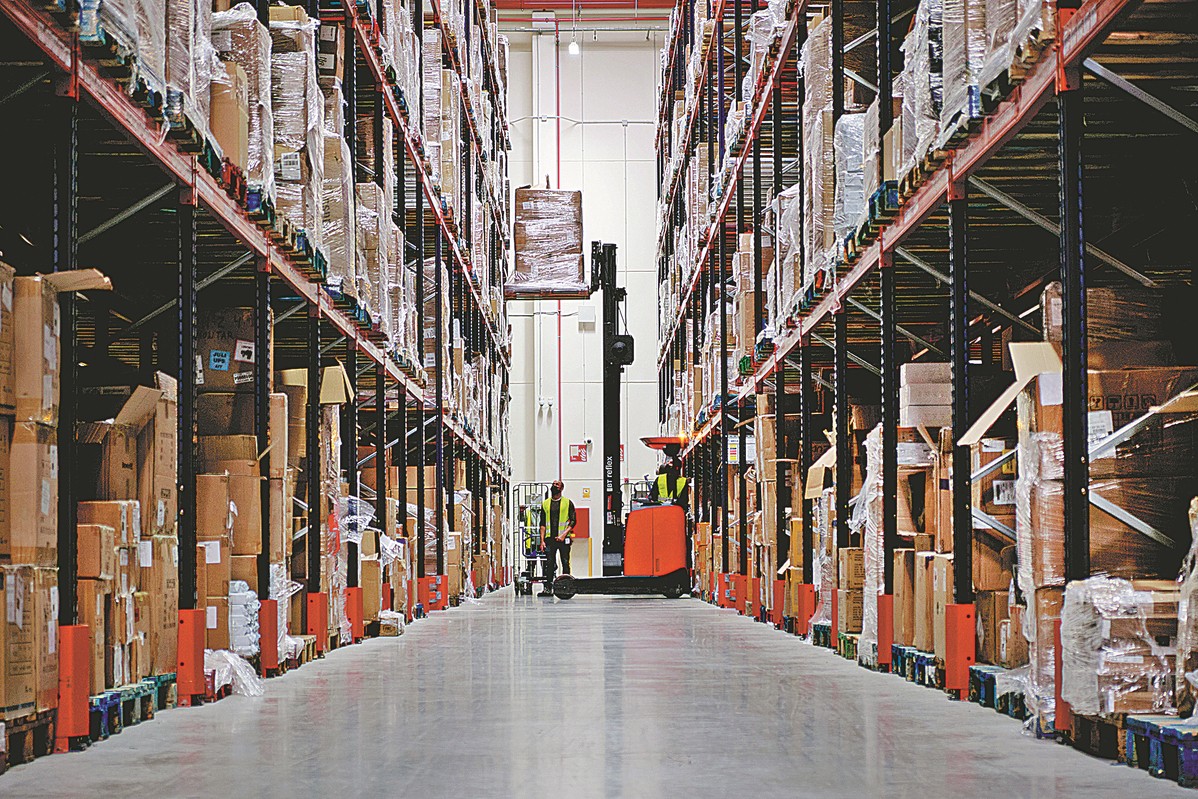 An employee arranges packages at a Cainiao Network logistics center in Guadalajara, Spain, in November. [Photo/Xinhua]

The scale of China's cross-border e-commerce witnessed 18.6 percent growth to reach 1.92 trillion yuan ($290 billion) in 2021, according to data from the customs.

The import and export of the country's cross-border e-commerce increased nearly ten times in five years, making it a new driving force for foreign trade development, a new channel for industrial transformation and upgrading and a new promoter for high-quality development.

With the advantage of flexible supply chain, Chinese cross-border online shopping app Shein surpassed Amazon to crown the list of US shopping apps in May 2021.

Compared with Japan clothing brand Uniqlo who needs half a year to launch a new product, China's Shein only needs seven days and Shein can launch 10,000 clothes in one week.

Shein has grown and topped global markets by producing small amount of products first and deciding whether to make more based on market feedback.

To better understand consumers' demand, Chinese cross-border e-commerce companies learn about customers' preferences and even predict customers' demand with the aid of new technology and algorithms.

TikTok e-commerce has been rolled out in Southeast Asia and the United Kingdom, and its monthly sales in Indonesia have exceeded $100 million.

At the national level, guidance to accelerate development of new forms and models of foreign trade was issued by the State Council in July 2021.

At the local level, a platform providing online non-stop services for cross-border e-commerce companies was launched on Jan 1 of this year in East China's Anhui province.

Empowered by technologies such as big data and blockchain, the platform can provide all-round services to meet comprehensive needs of the industrial chain and improve the digitization of the entire cross-border trade, said Sun Wei, deputy director of Anhui province's cross-border e-commerce innovation service center.

A special fund of 50 million yuan will be allocated to support cross-border e-commerce enterprises each year in Guangzhou, South China's Guangdong province.

Currently, China has 33,900 cross-border e-commerce enterprises, 10,900 of which were established in 2021, up 72.2 percent year-on-year, according to Qichacha, a data bank that tracks business registrations.

China's cross-border e-commerce import and export scale reached 434.5 billion yuan, with more than 2,000 foreign trade comprehensive service enterprises in the first quarter of this year, according to data from the Ministry of Commerce.