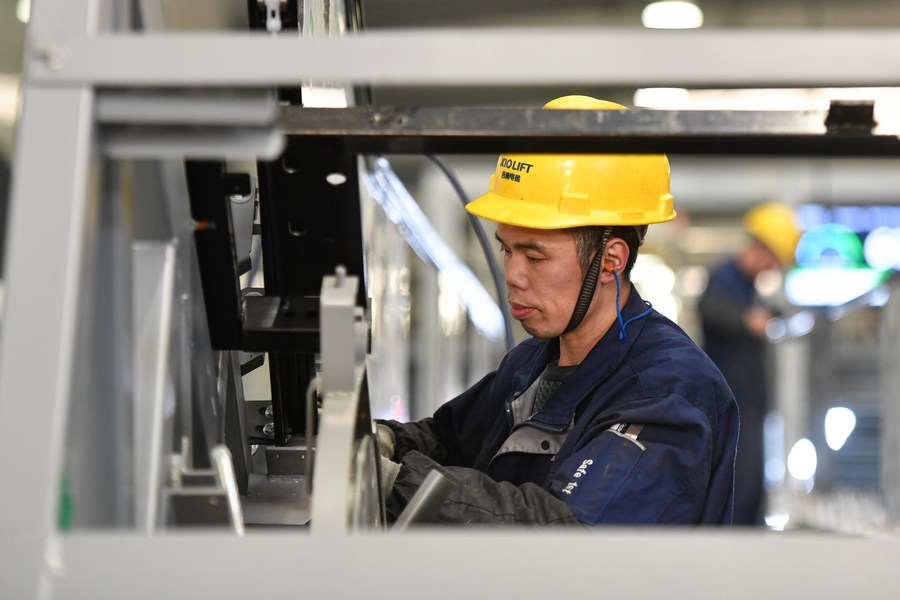 Major industrial firms, each with business revenue of at least 20 million yuan ($2.99 million), saw their profits decline 6.5 percent year-on-year in May, narrowing from the 8.5-percent contraction in April, data from the National Bureau of Statistics (NBS) showed.

Revenues of these major firms went up 6.8 percent from a year ago last month, a faster growth pace compared with April, the data showed.

During the first five months, major industrial firms made about 3.44 trillion yuan in total profits, rising 1 percent from a year ago, NBS data showed.

Of all 41 industrial sectors, 20 registered yearly profit growth or narrowed year-on-year profit contraction in May, while five managed to reverse the declining trend to post-profit expansion.

Last month, the country's northeastern region and the Yangtze River Delta, where the metropolis Shanghai is situated, reported a much smaller decline in industrial profits compared with April, as these areas gradually shook off the COVID-19 fallouts.

Despite these positive changes, Zhu cautioned that given the relatively weak recovery foundation and the changing international landscape, there are still many uncertainties for industrial enterprises to earn profits.

Official data showed that China's key economic indicators saw improvements in May. Its value-added industrial output, for instance, reversed the decline in April and posted a year-on-year expansion last month.

To shore up the virus-hit economy, the State Council has unveiled a package of 33 measures in six aspects recently to further stabilize the economy.

The industry ministry has pledged to focus on stabilizing industrial chains and step up support for small and medium-sized enterprises, in order to ensure the delivery of the policy package.

Building on the momentum in May, it is highly likely that China's industrial firms will report better profits in June, said Zheng Houcheng, director of Yingda Securities Research Institute.