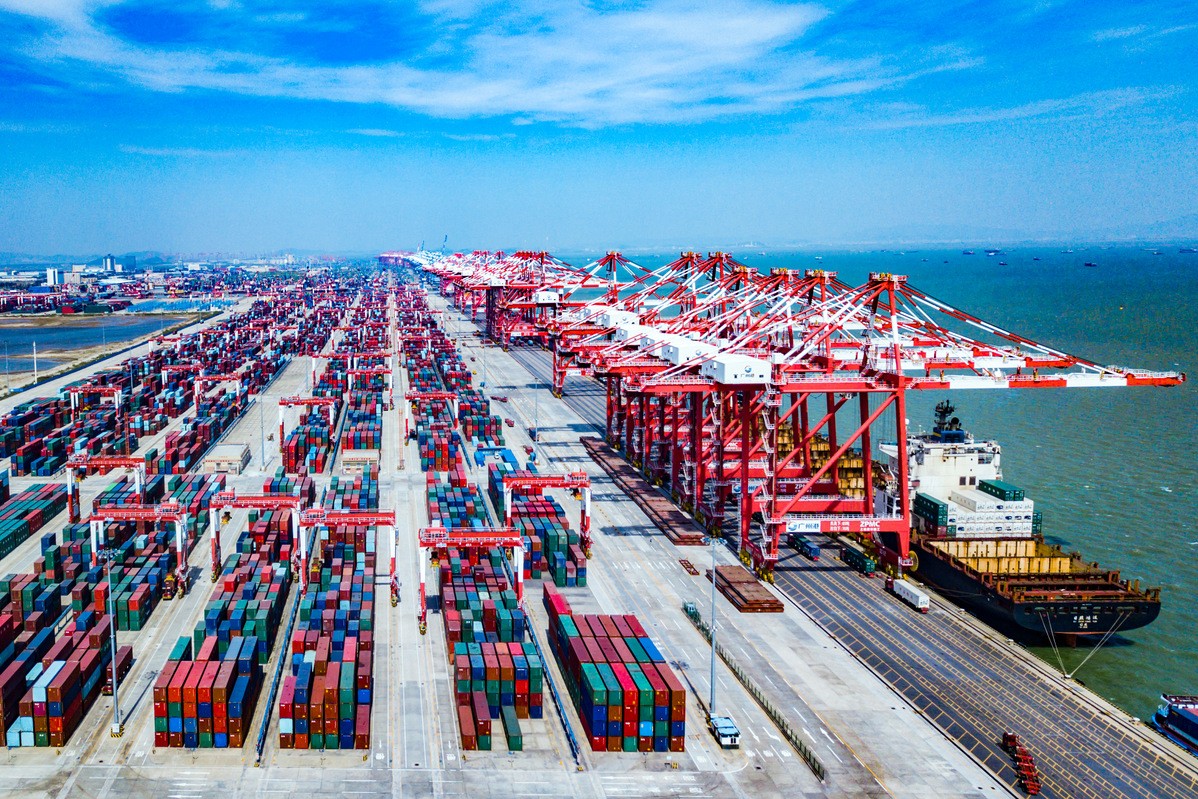 The profitability of exporters in most sectors has improved during the second quarter, according to a survey by the China Council for the Promotion of International Trade in Beijing. Major challenges facing foreign trade enterprises, such as high costs of logistics, have eased, the survey showed.

"It is worth noting that trade data got better not only from quarter to quarter, but also from month to month during the second quarter. June is likely to have witnessed a strong foreign trade rebound and more energetic economic recovery," said Liu Ying, a researcher at the Chongyang Institute for Financial Studies at Renmin University of China.

The survey showed more than 25 percent of enterprises registered positive quarter-on-quarter revenue growth, while nearly 20 percent said they have secured profit growth from a quarter ago.

More than 26 percent of the respondents are confident about year-on-year revenue growth, and about 28 percent said they expect their revenues to be at least the same as last year's level.

Liu predicted that China's foreign trade is likely to exceed 40 trillion yuan ($5.97 trillion) this year, with policy measures showing off the advantages of the nation's resilient supply and industrial chains.

The exporters also benefited from the Regional Comprehensive Economic Partnership agreement, which took effect on Jan 1, and interest rate increases by the United States, which Liu believes will facilitate China's exports.

The survey found that new trade formats such as cross-border e-commerce provided strong support to export growth, and the nation's policies to ease the burdens of foreign trade enterprises, such as ensuring smooth logistics and speeding up tax and fee reductions, have boosted the sector as well.

More than 40 percent of enterprises in the survey said they have become familiar with RCEP rules, up 17.69 percentage points from the first quarter. About 54 percent plan to use those rules for their benefit.

The China Council for the Promotion of International Trade has also issued 43,600 RCEP certificates of origin for more than 10,000 enterprises.

Chen Jia, a researcher at the International Monetary Institute at Renmin University of China, said that even though there were some transfers of production capacities and export orders from China to other countries during the second quarter, the nation proved its strong resilience in foreign trade and ample flexibility in the industrial chain as the better-than-expected trade data showed.

Zhao Shengmei, general manager of Newcom Group, a bag and travel luggage manufacturer in Pinghu, Zhejiang province, said the company currently is recruiting more workers as orders in the first half of 2022 have already reached the whole-year level of 2021.

Liu Xiangdong, a researcher at the China Center for International Economic Exchanges, said Vietnam's fast export growth will not threaten China's position in the global supply chain in the short term due to their closely integrated industrial chains.

He said China must enhance the resilience of the industrial chain and work with neighboring countries to mitigate risks and boost export volume in high-end manufacturing.