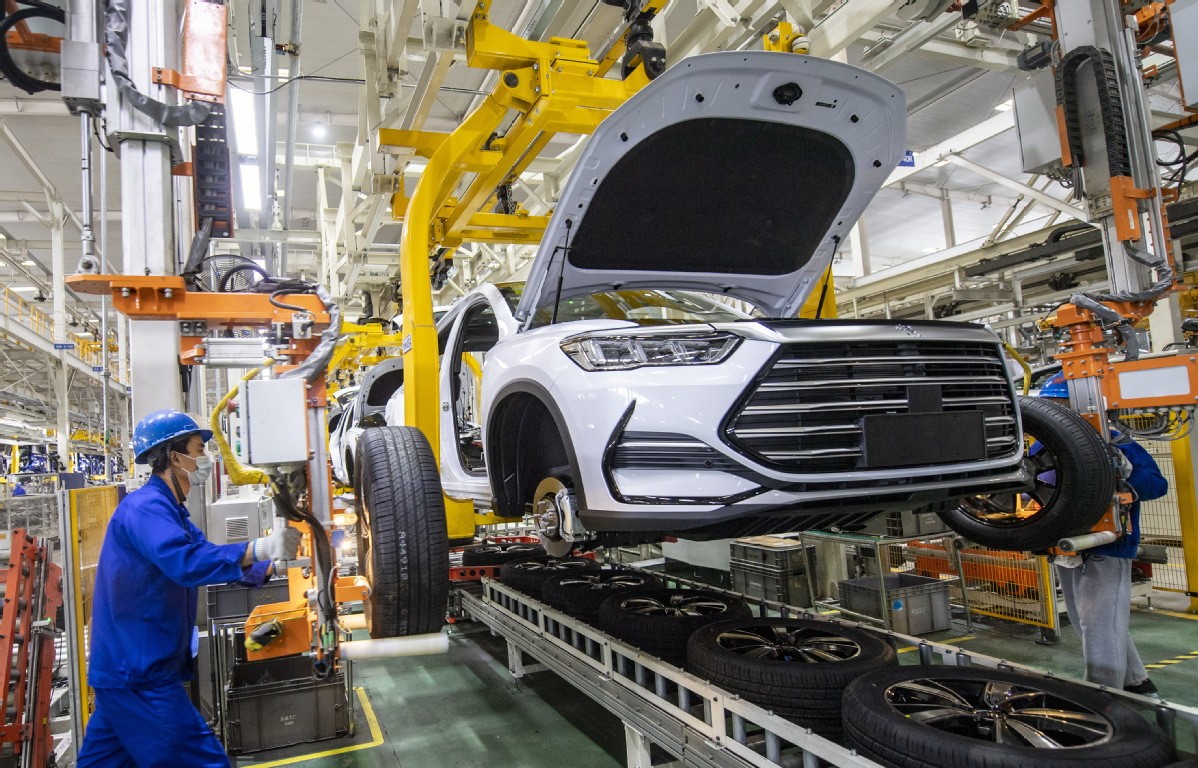 With China taking new policy measures to tackle the dual challenges of balancing COVID-19 mitigation with supporting economic growth in the short term, centrally administrated State-owned enterprises have been teaming up with foreign partners to sustain trade flows and ensure the smooth operation of global supply chains.

Central SOEs involved in energy, transportation equipment, infrastructure development and manufacturing have relied on China's advantage of having the world's most complete industrial system with the most diversified sectors to boost the nation's foreign trade and deliver products on time to foreign customers.

CRRC Qingdao Sifang Co Ltd, a subsidiary of Beijing-based China Railway Rolling Stock Corp, announced on Wednesday that it will export 62 passenger carriages to Brazil, marking the first time for the company to ship trains of this kind to the South American nation.

"The design, manufacture, testing, operation and maintenance of these rail vehicles will meet relevant standards in Brazil, the United States and Europe," he said. "They will be operated on the Vitoria-Minas Railroad and Carajas Railroad operated by Vale. They are the only two trunk railways with passenger services in Brazil."

Ma said it will significantly increase passenger capacity on Brazil's mainline railways after putting them into operation.

The power plant project is invested, financed, generally contracted, designed, manufactured and built by Chinese companies. It is a key project under the framework of the Belt and Road Initiative and the first project invested by the Silk Road Fund in the Middle East, said Zhang Yingjian, the group's vice-president.

Located in a coastal area over 30 kilometers south of Dubai, the project broke ground in January 2017. The plant is designed with four ultra-supercritical generator units and has a total installed capacity of 2,400 megawatts.

The Nos 1 and 2 units were put into operation on May 18, 2020, and May 3, 2021, respectively, and have been performing stably. They provided highly efficient energy and power supply for Expo 2020 Dubai.

"All units are scheduled to be in service in 2023," he said, adding once fully operational, the plant is expected to generate 20 percent of Dubai's power. This will help lower local power costs, ensure the region's energy supply and promote diversified growth of the local energy structure.

Located about 60 kilometers east of Lagos, Lekki is the first modern deep-sea port in the country, and it is to be equipped with five quay cranes and 15 rubber-tired gantry cranes, said Zhou Yafen, deputy general manager of ZPMC's Changxing production base.

Once operational, the port is expected to effectively improve freight allocation capacity and lower logistic costs of international trade.

Apart from developing global businesses, the government and SOEs will actively expand effective investment, and accelerate the developing pace of a number of major projects related to China's 14th Five-Year Plan (2021-25) to create a more physical workload and new businesses, in order to minimize the impact caused by the COVID-19 pandemic, according to a circular issued by the State-owned Assets Supervision and Administration Commission of the State Council in late May.