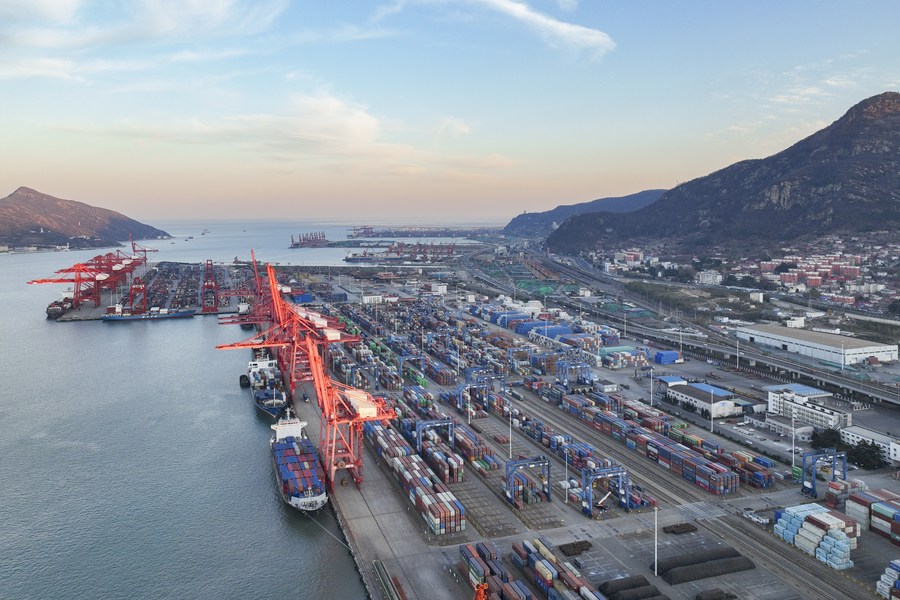 BEIJING -- Major ports in China have reported higher throughput so far this month as the country's logistics networks are shaking off the impact of recent COVID-19 flare-ups.

Combined container throughput at major ports amounted to 17.69 million twenty-foot equivalent units (TEUs) from May 1 to 24, up 5.4 percent from the same period in April and also 3 percent higher than a year earlier, data from the Ministry of Transport showed Thursday.

Meanwhile, cargo throughput of those ports amounted to 790 million metric tons, up 4.2 percent from a month ago.

"Ports and waterways across the country have operated smoothly since May, with main production indicators stable and improving," Liu Pengfei, spokesperson for the ministry said at a press conference.

The official data, in particular, revealed that Shanghai's daily container throughput has recovered to 84 percent of the level a year ago and maintained the rising trend. In the east China city hardest hit by the recent epidemic resurgence, its port registered daily throughput of 107,500 TEUs, up 4.6 percent month-on-month.

As to ports at the Yangtze River Delta, a significant manufacturing and logistics hub, combined daily container throughput also rose from last month.

The country's major waterways remained busy. More than 25 million tons of cargo were shipped through the Three Gorges Dam project of the Yangtze River and the Changzhou ship lock of the Xijiang River, up significantly by 14.1 percent month-on-month.

Despite the epidemic outbreak, China has been striving to keep the around-the-clock operation of major ports and unblocked waterways in an effort to guarantee a smooth logistics system and supply chains.