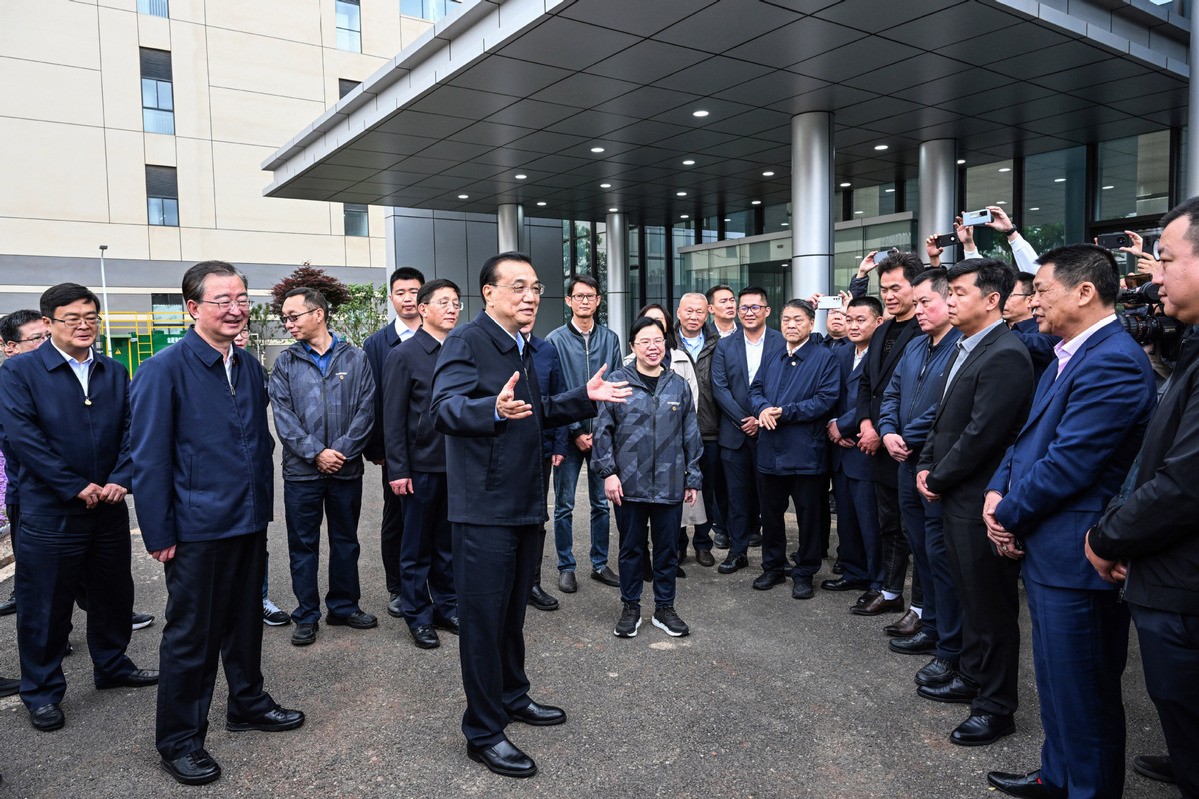 Premier Li Keqiang is seen during his three-day fact-finding tour to Southwest China's Yunnan province on May 18, 2022. [Photo/Xinhua]

Premier Li Keqiang has underlined a steady supply of energy as a key factor underpinning economic growth and stable commodity prices, saying that the nation will resolutely prevent the occurrence of power crunches like those that led to the shutdown of factories last year.

Li made the remark while visiting an operations center for the west-east power transmission program in Yunnan province, as part of his three-day fact-finding tour to the province in Southwest China that started on Tuesday.

Li has repeatedly stressed the importance of ensuring a steady production and supply of energy and grain recently, as China's economic activity has been disrupted by COVID-19 outbreaks and gridlocks in logistics starting in late March.

During the tour, which took him to Qujing and Kunming, the provincial capital, Li also pledged while visiting a village of the Yi ethnic group to issue another package with a one-time subsidy for farmers' production materials.

An adequate supply of grain is a key factor in guaranteeing social stability, he said, adding that more support must be given to farmers due to the high price of agricultural production materials.

As Li spoke with small-business owners and truck drivers, he vowed to roll out policies that offer deferrals on loan interest for smaller companies and self-employed individuals.

At Yunnan University, he encouraged students who were taking part in a job fair to put what they learned to good use, saying that finding jobs can not only create wealth for their families but also put their academic skills to good test.

The nation is set to see a historic high of 10.76 million college graduates entering the job market this year, and Li has called for heightened job promotion measures and services to help them find work.

When the premier visited Wingtech Technology Co, which is devoted to semiconductors and communications products, he pledged to offer a level playing field for businesses of various ownership types.

He urged businesses to increase momentum for innovation and opening-up and to bring together cutting-edge elements from China and abroad.

Li told owners of smaller enterprises that the government will ratchet up measures to help them with their financing difficulties.