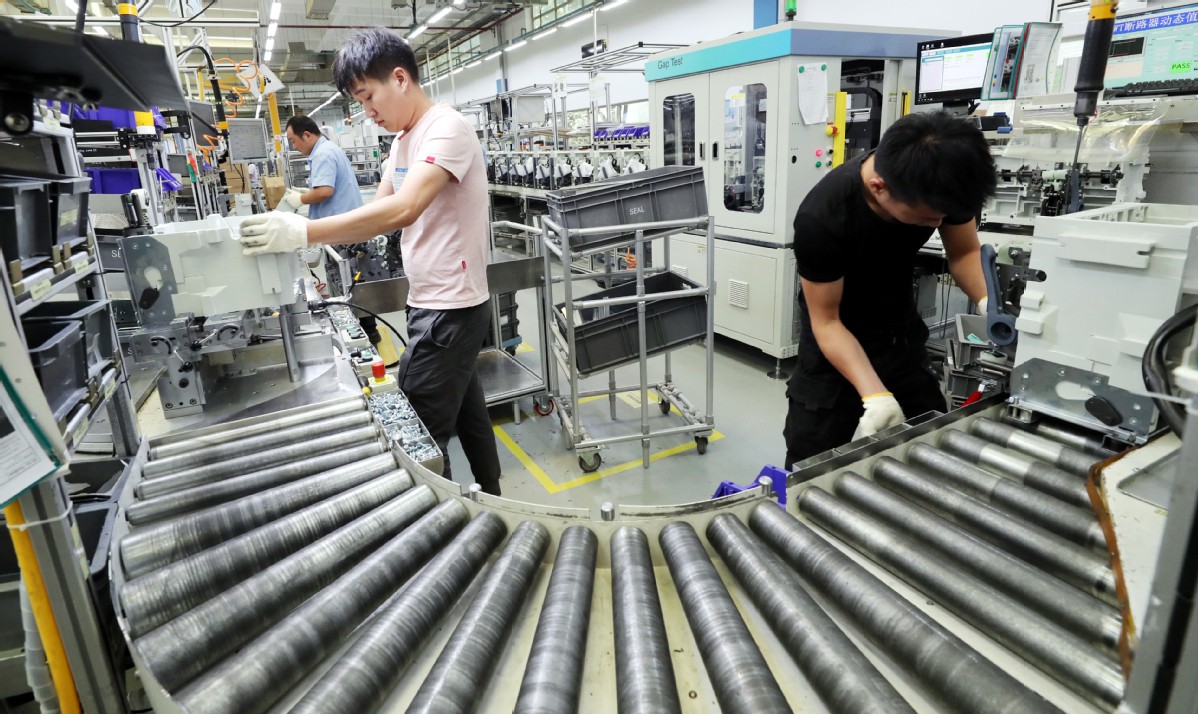 China will continue higher-level opening-up to further improve services for foreign companies, so that they can grow and mitigate the COVID-19 pandemic impact, the Ministry of Commerce said on Thursday.

Even though the COVID-19 pandemic has posed challenges to the global economy, particularly to industrial and supply chains, the Chinese economy's fundamentals remain unchanged, thanks to its strong resilience, great potential, broad room for maneuver and sound long-term growth prospects, said Shu Jueting, a spokeswoman for the ministry.

Shu said 185 new contracts entailing foreign direct investment or FDI of over $100 million each were signed in China in the first four months of this year, which is equivalent to an average of 1.5 major foreign investment projects being launched every day across the country.

China's actual use of foreign capital surged by 20.5 percent on a yearly basis to 478.61 billion yuan ($74.47 billion) in the first four months of this year, said the ministry.

FDI flows into the services sector reached 351.94 billion yuan between January and April, up 12.5 percent year-on-year. The growth rates for high-tech manufacturing and high-tech services were 36.7 percent and 48.3 percent, respectively.

FDI flows into China's eastern region surged 18.7 percent year-on-year in the first four months, while they grew by 43.7 percent and 26.9 percent in the nation's central and western regions, respectively.

Tapestry Group, which owns a number of US fashion brands, including Coach and Kate Spade, opened its travel retail headquarters for China at the Hainan Free Trade Port in Haikou, Hainan province, last month.

"With the ongoing development of the Hainan Free Trade Port, the Hainan market continues to unleash vigorous growth momentum. This has attracted our interest and encouraged us to invest more in this fast-growing market," said Yann Bozec, president for Asia-Pacific of Tapestry.

Nicolas Poirot, president and CEO for China unit of Air Liquide Group, a French industrial and medical gas supplier operating 120 plants across China, said the country has been one of the group's top three markets for a number of years－and it continues to gain in significance. China, he said, will continue to lead the world's manufacturing sector, especially in industries like steel, chemicals, smartphones and automotives.

As US President Joe Biden said on Tuesday his administration is evaluating whether to cut existing tariffs on Chinese goods imposed during the Trump administration, Shu, from the Chinese Ministry of Commerce, said that under the current high inflation, the removal of additional US tariffs on Chinese goods will serve the interests of US consumers and businesses, and benefit both countries as well as the rest of the world.

Currently, the economic and trade teams of the two sides are maintaining normal communication, she noted.