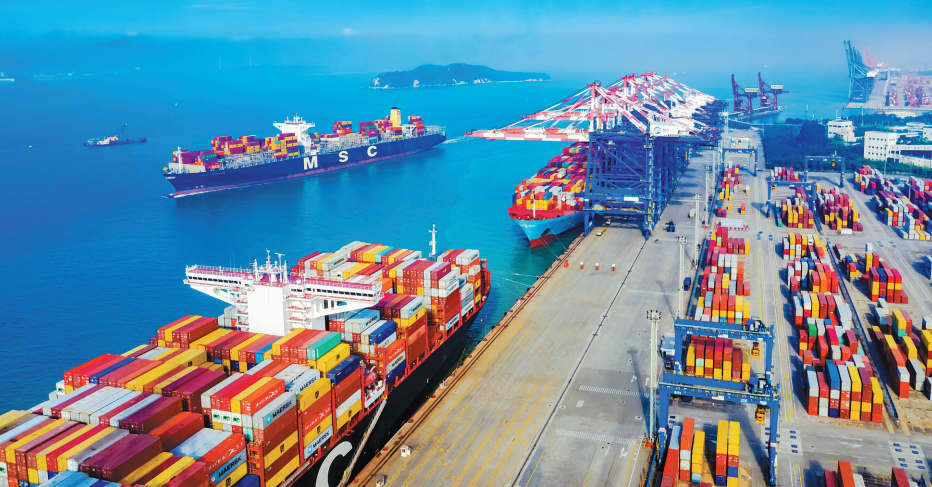 The Chinese economy is expected to maintain its resilience and may rebound in the coming months with stronger policy support and better epidemic containment, bucking the negative impact of a tightening in US monetary policy, analysts said on Thursday.

They made the remarks after the US Federal Reserve approved a half-percentage point interest rate increase on Wednesday－its second hike this year and its biggest in 22 years－to stem the highest inflation level in the US in four decades.

Apart from raising its target federal funds rate to a range between 0.75 percent and 1 percent, the Fed said it could further impose half-percentage point hikes in each of the next two months and will start balance sheet reduction from June.

Huang Yiping, chairman of the academic committee of the China Finance 40 Forum, said the Fed's ongoing tightening could shrink global liquidity and pile on the pressure of capital outflows and currency depreciation on many developing economies.

"Yet the key (to cushioning the spillover) remains stabilizing macroeconomic conditions," said Huang, who is also a former member of the monetary policy committee of the People's Bank of China, the country's central bank.

"If the economy continuously weakens, the impact of US tightening will be amplified with a stronger tendency of investors to trim holdings in Chinese financial assets. However, if China's economy maintains steady growth and offers decent investment returns, the risk of capital outflows will ease," he said.

China has strengthened efforts to stabilize the economy, a step that was decided at a meeting of the Political Bureau of the Communist Party of China Central Committee, the Party's core leadership, on April 29 to step up macro policy adjustments and work hard to achieve annual economic and social development goals.

Different regulators have since pledged more measures to support the economy, with the central bank vowing on Wednesday it would formulate new policy tools at an early date to stabilize economic growth, employment and price levels.

Supportive measures in addition to those previously set for the year have become necessary not only due to the challenges brought by the Fed's tightening, but because of the shocks caused by a resurgence in domestic COVID-19 cases and a worsening in geopolitical tensions, experts said.

China's service activity fell in April at the sharpest rate since the initial COVID lockdowns in early 2020, a private survey released by the Caixin media group said on Thursday.

The Caixin China General Services Purchasing Managers' Index, which gauges service activity, dropped from 42.0 in March to 36.2 in April, the lowest reading since February 2020 and having contracted for the second consecutive month.

Huang said it is sensible for fiscal policy to beef up support by directly bolstering domestic demand, adding that reducing interest rates could help improve corporate cash flows but could intensify the pressure of stabilizing cross-border capital flows.

Upon better containment of COVID-19 and proactive policy support, the Chinese economy is poised to stage a strong rebound after hitting a nadir in April, said Yin Yue, a macroeconomic analyst at Hongta Securities.

Yin said the impact of the domestic COVID-19 outbreak is gradually fading with the restoration of supply chain activity, while infrastructure construction has maintained a buoyant expansion rate in April and helped offset downward economic pressures.

Yet experts caution that uncertainties surrounding the COVID-19 situation and the external environment could still complicate China's economic recovery and weigh on the yuan.

Zhang Liqing, director of the Central University of Finance and Economics' Center for International Finance Studies, said the yuan may continue to face depreciation pressure this year as US tightening underpins the dollar and the epidemic situation in major Chinese cities aggravates economic uncertainties.

The onshore yuan dropped to 6.62 against the dollar on Thursday afternoon, having weakened by nearly 4 percent since the beginning of the year.