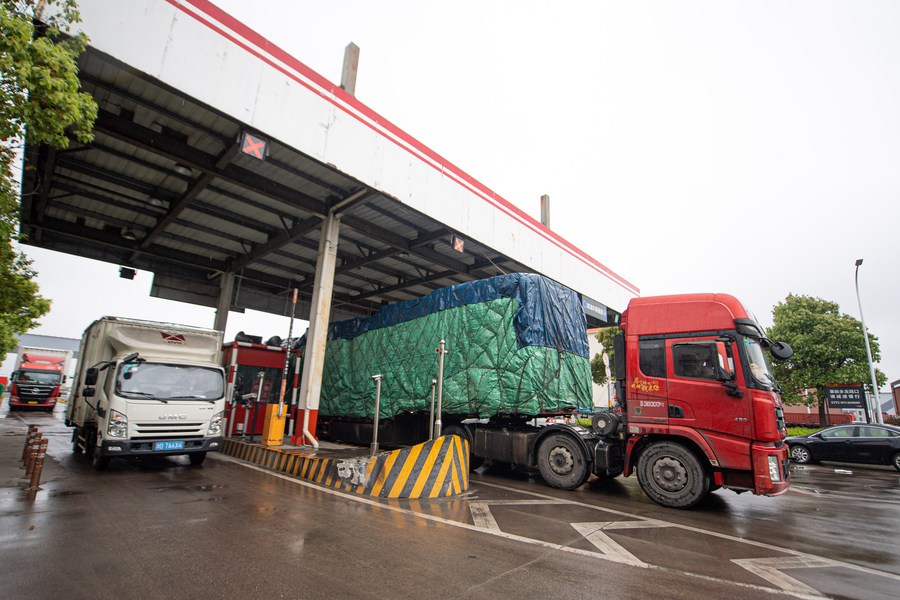 China's transport regulators have bolstered steps to resume the smooth flow of logistics across the country, providing sufficient supplies for people and enterprises to areas hit by the novel coronavirus, officials said on Thursday.

Air logistics has gradually resumed with the number of weekly cargo flights maintaining steady growth, Liang Nan, director of the department of transport of the Civil Aviation Administration of China, said at an online news conference.

The international financial and logistics hub of Shanghai has been one of the hardest-hit regions during the latest COVID-19 outbreak. The stringent measures to contain the virus in Shanghai and nearby regions initially clogged up truck routes in the airport area, delayed imported cargo transfers and obstructed goods pick-up.

To tackle the logistics bottleneck, green channels have been established to transport specially needed materials such as imported semiconductor chips.

Strict COVID-19 curbs have also prompted road closures and hurt trucking services in many regions across the country in recent weeks.

To address the issue, the Ministry of Transport promoted the use of nationally recognized traffic permits on the roads. Twenty-four provinces have adopted the use of such permits for truckers. The permit has a unified format, is recognized by local governments, is easy to apply for and is valid at all checkpoints, said Zhou Min, deputy head of the emergency response office from the Ministry of Transport.

Other measures have been adopted such as establishing a "white list" for truckers, building more logistics transfer hubs, and setting up a system for trusted key industrial and supply chain enterprises, according to the ministry.