Chinese authorities are expected to bolster foreign trade enterprises through a variety of measures as the nation's export growth is under pressure due to the COVID-19 resurgence, which has disrupted production and logistics in some key regions, experts and business leaders said on Thursday.

Although first-quarter export data are yet to be finalized, they took stock of the performance based on the figures available in the public domain. They estimate exports may have been somewhat dampened by fresh COVID-19 cases that are suspected to have curbed economic and export activities in the Yangtze River Delta and Pearl River Delta areas, China's two most important manufacturing and port hubs.

However, the strong resilience of the Chinese economy and the continuous improvement in the quality of China's foreign trade will provide a solid foundation for the enterprises to enhance profitability and pursue growth, experts said.

Huo Jianguo, vice-chairman of the Beijing-based China Society for World Trade Organization Studies, estimated the annual growth rate of China's foreign trade in March is highly likely to slow down, compared with the double-digit growth registered for the January-February period.

Those with a low inventory of raw materials due to related price surges will struggle to keep production and operations normal, he said. 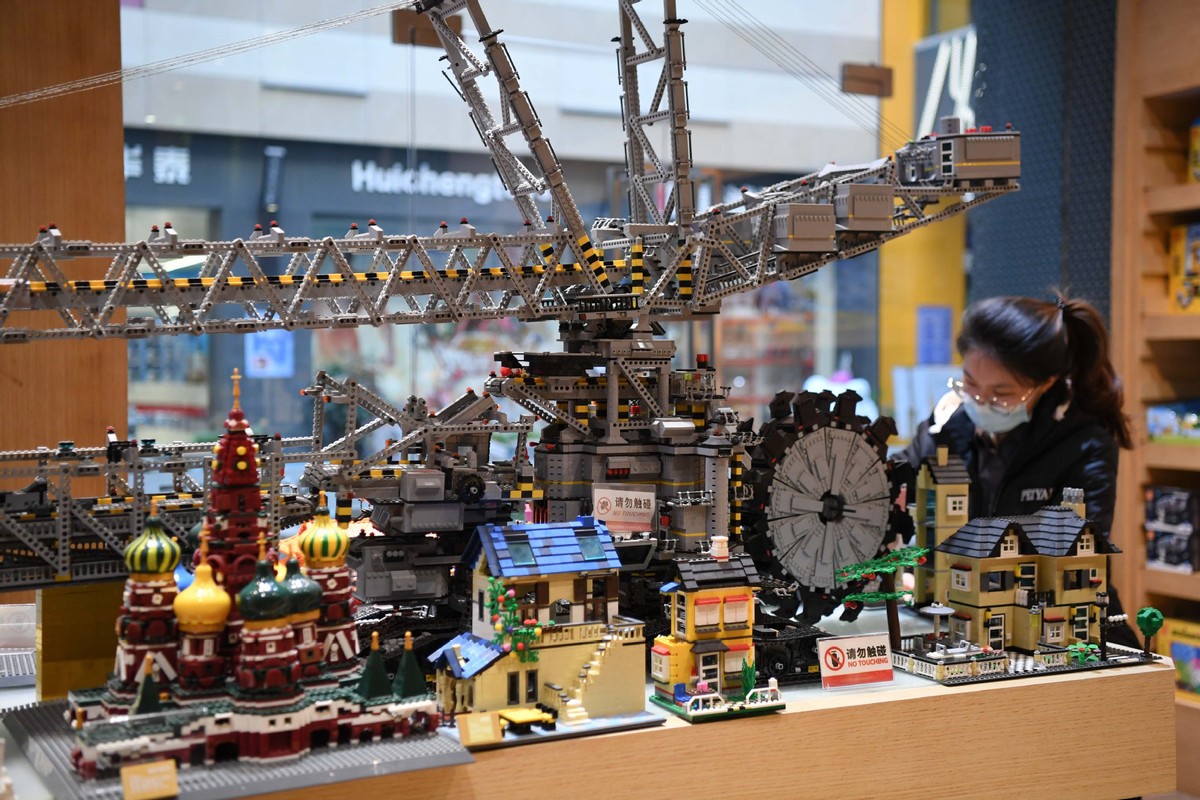 The government could also inject more vitality into enterprises by letting the market forces play a bigger role, he said.

Huo from the China Society for World Trade Organization Studies said the drivers of China's GDP growth and the competitiveness of Chinese products remain strong.

Besides, supportive government policy measures, including those easing enterprise burdens and encouraging innovation, will significantly facilitate growth in foreign trade, he said, predicting foreign trade will likely register an annual growth rate of 10 percent during the first half of the year, unless exports drop drastically to end with a year-on-year dip in March. Yet such a plunge may not have taken place, he said.

During the first quarter, sales were worth more than $33 million, and production plans based on existing orders have been scheduled till August.

The company has been helping customers develop new products and promote its brand, while adding new stock keeping units or SKUs and strengthening quality control. It has also been growing its e-commerce business by developing a presence on different online platforms such as Amazon, Tik Tok and Alibaba.

Nasser said the company's sales on Amazon have been growing steadily with many products ranking high on Amazon sale performance lists. Besides, the implementation of the Regional Comprehensive Economic Partnership agreement, which took effect on Jan 1, also provides great market opportunities for foreign trade companies like Zhejiang Infinity, he said.

She said the company plans to export products worth between $180 million and $200 million this year, while deploying more resources in developing domestic markets to seek new growth points, so as to cut the impact caused by surging material and shipping costs.