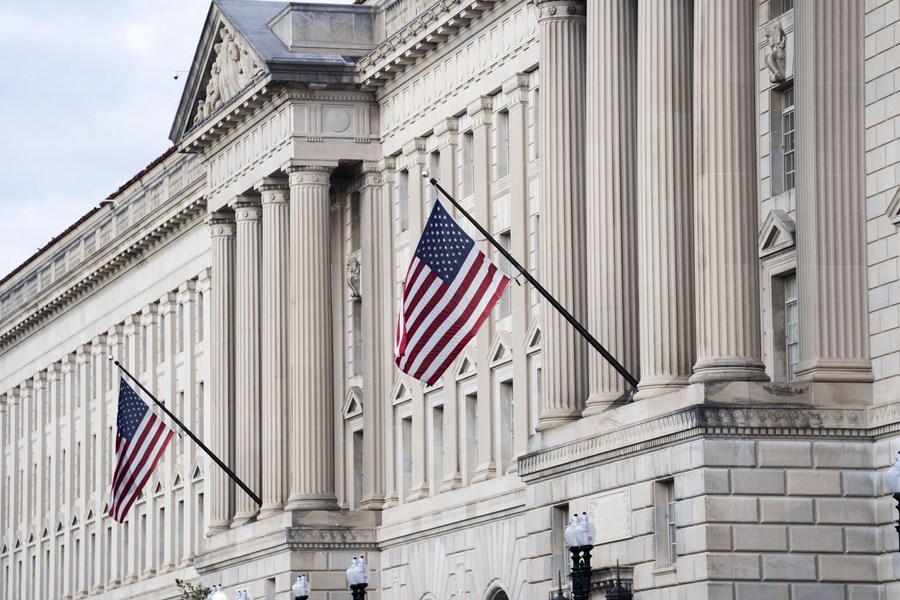 The median inventory held by chips buyers, including automakers and medical device manufacturers, has fallen from 40 days in 2019 to less than 5 days in 2021, according to a government survey of more than 150 companies worldwide.

WASHINGTON, Jan. 25 (Xinhua) -- The U.S. Department of Commerce on Tuesday warned that the semiconductor supply chain remains fragile as median inventory held by chips buyers has fallen to less than 5 days.

Citing the results of a government survey of more than 150 companies worldwide, the department said that median demand for chips increased 17 percent from 2019 to 2021, while buyers didn't see commensurate increases in the available supply.

There is a "significant, persistent mismatch" in supply and demand for chips, and respondents did not see the problem going away in the next six months, the survey showed.

The median inventory held by chips buyers, including automakers and medical device manufacturers, has fallen from 40 days in 2019 to less than 5 days in 2021, according to the survey.

"That means if a COVID outbreak, a natural disaster, or political instability disrupts a foreign semiconductor facility for even just a few weeks, it has the potential shut down a manufacturing facility in the U.S., putting American workers and their families at risk," U.S. Commerce Secretary Gina Raimondo said Tuesday in a blog.

The semiconductor supply chain "remains fragile" and it is essential that U.S. Congress move swiftly to pass the president's proposed 52 billion U.S. dollars in chips funding "as soon as possible," Raimondo said.

The findings came after the Commerce Department in last September sent out a request for information to major chip producers, consumers, and intermediaries to gather information and help identify the bottlenecks in the global semiconductor supply chain.

The primary bottleneck across the board appears to be "wafer production capacity," which requires a longer-term solution, according to the department.

"America needs to produce more semiconductors. Congress must pass funding for domestic semiconductor production, such as the U.S. Innovation and Competition Act, to solve our supply challenges for the long term," the department said.