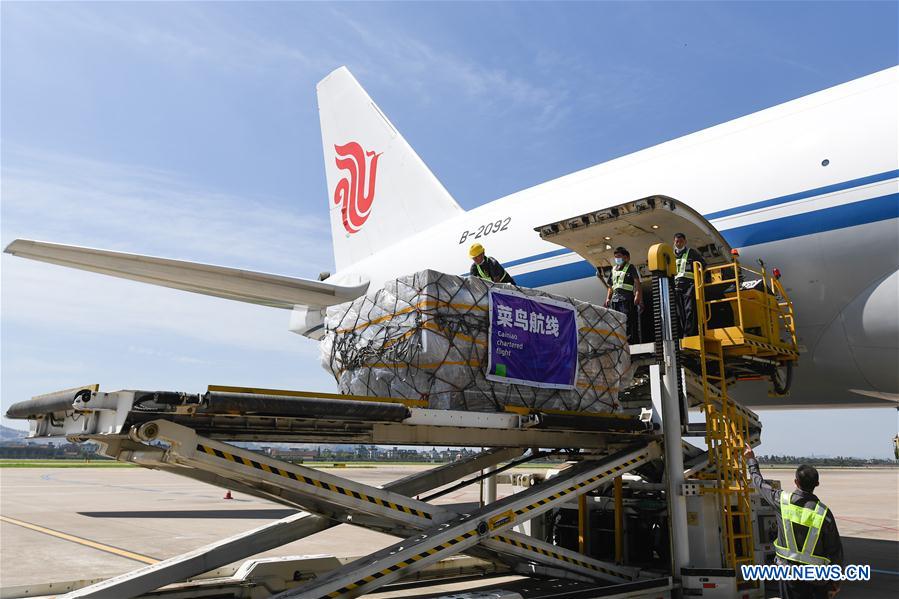 The cost of air freight from China to Europe, the US and Japan are rising as China takes the lead in resuming production after the impact of the COVID-19 pandemic, Japanese news website nikkei.com's Chinese edition reported on Aug 24.


The airfreight cost from Shanghai to North America were $5.1 per kilogram on Aug 17, rising 13 percent from the low point in July, and twice the figure before the pandemic, according to TAC Index, a benchmarking tool providing market intelligence on air cargo rates. The price to the EU also showed an increase of 10 percent from the low point in July to $3.1 per kilogram on Aug 17.

The airfreight prices once rose 10 times higher, a record, than the usual after demand became tight due to the COVID-19 outbreak, but the prices began falling since mid-May as the goods flowing around the world stopped.

Currently, the airfreight costs from China are again going up due to the resumption of economic activity, which has created more opportunities for exports.

The goods demand related to home-office, such as personal computers, tablets and semiconductors, are shipping briskly between China and North America. The economic activity related to cars has also picked up.

The air cargo is also moving briskly between Japan and China, especially shipments to Guangzhou, with rates rising by 50 percent.

Guangzhou is one of the main production bases of the car industry. The goods flow such as electronic components are related to advanced driver assistance systems seem to be increasing between the two countries.

Some customers prefer to pay high freight charges to require shorter delivery time to ship the car parts to Guangzhou, the news website quoted the Hankyu Hanshin Express as saying.