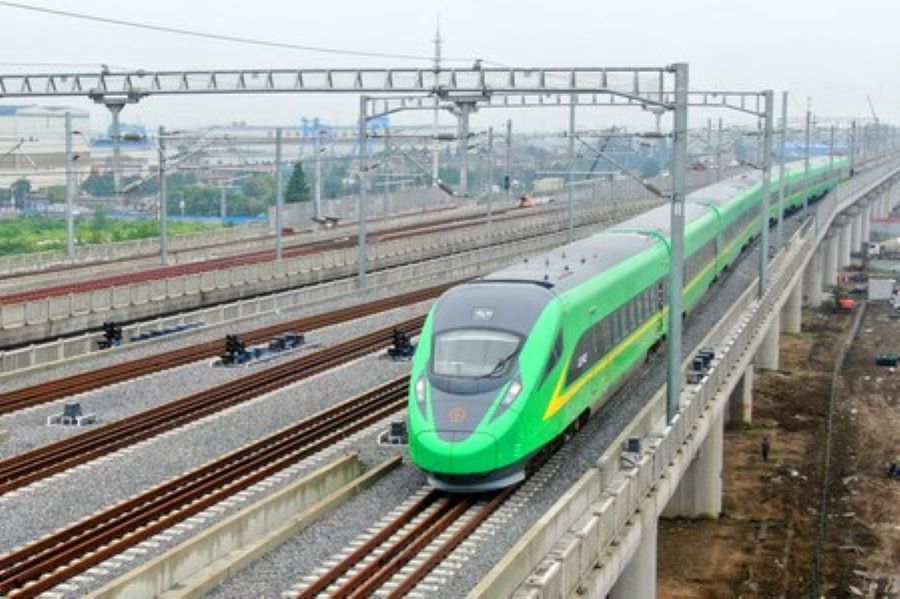 The trail run of Fuxing bullet train along Nantong-Shanghai Railway on May 26, 2020. [Photo/Sipa]

BEIJING -- China has been speeding up the resumption of major railway construction with a total of 115 under-construction projects nationwide having fully resumed work, the China State Railway (CSR) Group Co Ltd said.


In April, fixed-asset investment (FAI) in national railway projects came in at 67.8 billion yuan (about $9.54 billion), surging 10.9 percent from the same period last year and having nearly doubled from March.

Experts expected the total investment in the projects to hit 800 billion yuan this year.

In the meantime, the CSR and its 18 subsidiaries have set up leading groups to promote the resumption of work on the construction projects with all-out efforts, the company said.

As of May 14, a total of 637,000 people nationwide had participated in the projects, according to the CSR.