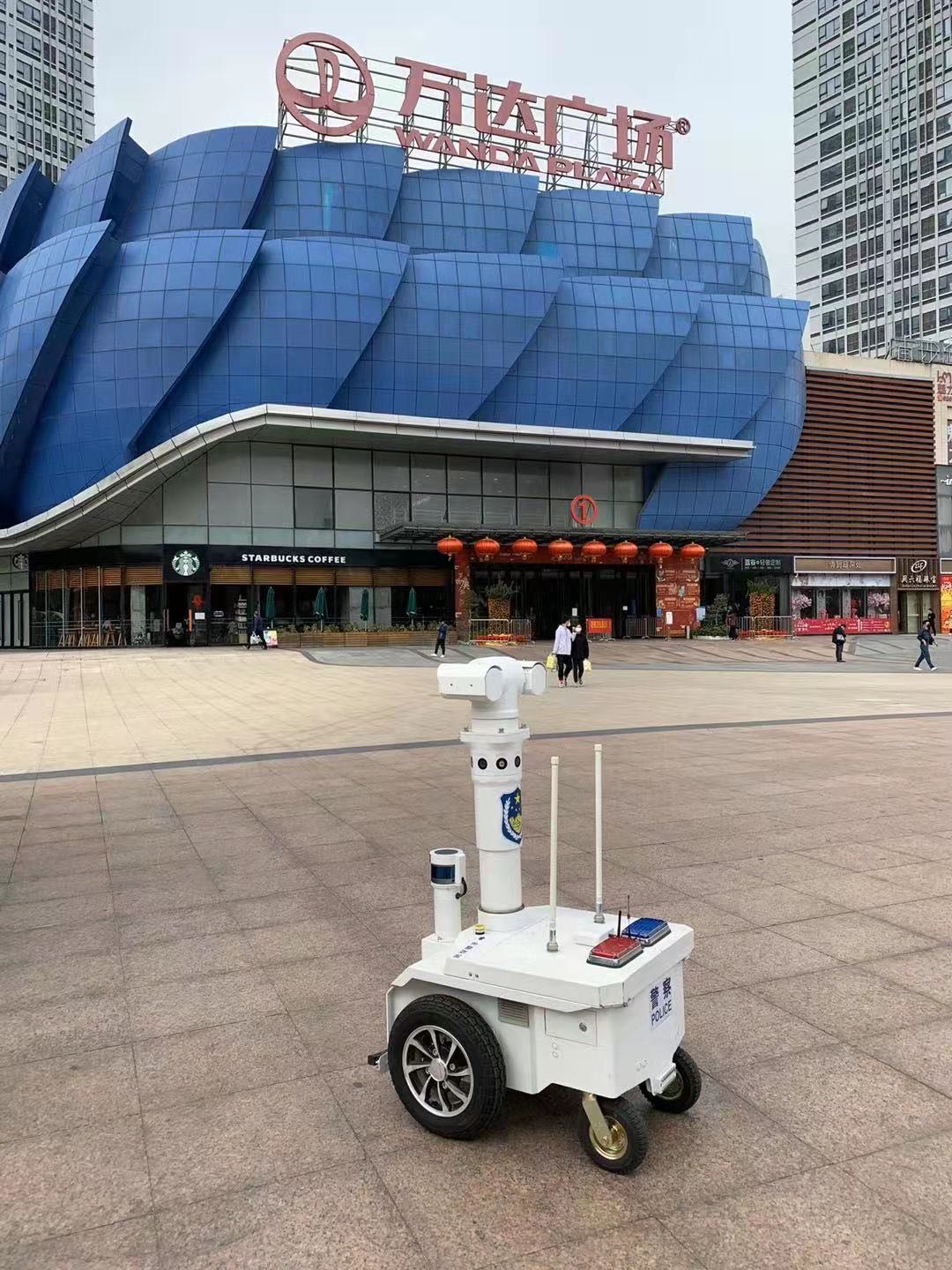 A robot, capable of checking the body temperature of people five meters away, works outside a shopping mall in Guangzhou, Guangdong province to help fight the novel coronavirus. [Photo provided to chinadaily.com.cn]

A robot capable of checking the body temperature of people from five meters away, believed to be the first of its kind in the country, has begun duty in Guangzhou, Guangdong province to help fight the novel coronavirus outbreak.

Powered by 5G telecommunications technology, the robot has an infrared thermometer and is capable of checking the temperatures of 10 people simultaneously.

It can also judge whether a passerby is wearing a mask, as presently required. A high temperature or absence of a mask triggers the alert.

The company has dispatched robots to a number of major cities in the country to help with disease control as people are set to return to their jobs after the Spring Festival holiday, Bo said.

The company has also launched a product facilitating remote meetings between a lawyer and client, as well as remote interrogation by the police -- situations in which people don't normally wear masks, but the absence of a mask poses health risks during the epidemic.