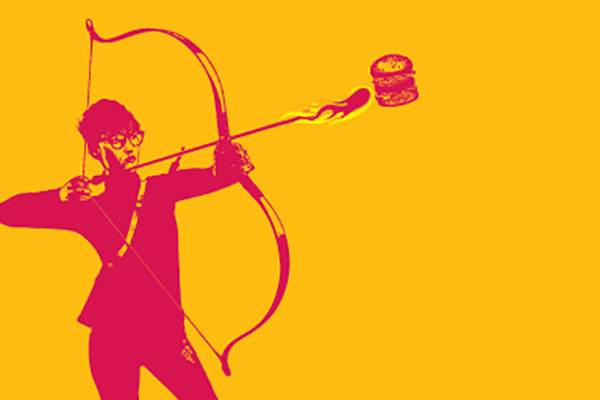 Since it hit restaurants in January 2019, the Impossible Burger, which is made from plants but offers the taste and texture of beef, has been on a roll. When the company launched in Gelson's Markets in southern California, the Impossible Burger zoomed to the top spot among packaged goods, outselling the next most popular product by a factor of six, the company reports.

Impossible Foods, the company behind the burger, took several steps to meet demand. Over the summer and fall, it added second and third production lines. It also expanded capacity through a co-manufacturing collaboration with global food provider OSI Group.

The logistics and inventory management challenges that arise when a food product's popularity zooms demand careful attention. Constant out-of-stocks can leave consumers not just frustrated, but amenable to poaching by competitors. "It can result in a long-term impact on the brand and the retailer," says Daniel Triot, president of DHT Consulting.

Several tactics can help food companies anticipate and respond to the challenges that accompany demand spikes. These include using a product's demand history, when one exists, to estimate future demand; leveraging analytics to identify signals of a spike; automating operations; and working closely with business partners.

To be sure, anticipating and responding to demand fluctuations for food and beverages comes with an inherent obstacle. "You can't run a third shift to increase units available," says Michelle Klieger, an agricultural economist and president of Stratagerm Consulting.

The logistics and inventory management functions prompted by food demand spikes often are made more difficult by gaps in consumption signals between retailers, distributors, and producers. For instance, Odyssey Logistics & Technology works with a producer of alcoholic beverages that had one product sell at almost double its forecasted levels. While the company's larger retail clients typically possess the systems that will alert producers to demand changes so the producer can alter its food logistics operations accordingly, many smaller stores and restaurants don't. "You lose control of the trigger for replenishment," says Rick Ehrensaft, chief commercial officer of Grand Worldwide Logistics Corporation, an Odyssey subsidiary.

That said, food and beverage organizations can adjust their inventory control and food logistics operations to capitalize on spikes in demand. A first step is leveraging any relevant historical information. A company launching a product similar to one it already sells, "can capture historical demand and use it to model demand with the new product," says Jonathan Eaton, national supply chain leader with consulting firm Grant Thornton.

Each December, Just Born, the company behind Peeps, begins gearing up for its Easter rush, when demand for the candy triples, says Donna Burkit, director of customer service and logistics with the Bethlehem, Pennsylvania-based company. Burkit alerts Just Born's 3PL partner to the upcoming peak periods, ensuring they'll have the resources needed to cover additional shipments.

"Share as much information as possible on the number of loads and timing with your service partners," she advises. Just Born also restricts customer pick-ups during peak time and adds temporary warehouse help.

After each season, Burkit and her team review their performance and identify any lessons learned. For instance, they began incenting some customers to make early commitments for their orders. "That helps us plan a certain portion of our Easter production, storage, and shipping more efficiently," Burkit says.

What about new products that lack relevant historical sales numbers, or demand increases that seemingly appear from out of the blue? Popeyes, a division of Restaurant Brands International, launched a chicken sandwich in August 2019. Soon after, a Twitter exchange with competitor Chick-fil-A helped propel demand for Popeye's sandwich. It sold out within two weeks and remained out of stock until November.

To minimize the risk of out-of-stocks, the supply chain and marketing departments need to work closely together. "If the sales team that gets an item into WalMart isn't communicating with operations, you're walking into failure," says Chris Kupillas, regional vice president with BlueGrace Logistics.

Both sides should have a solid understanding of expected sales volume, so those charged with inventory management can adjust their supply purchases and production schedules accordingly.

As the Popeyes example shows, gaining an understanding of expected sales increasingly requires the ability to leverage unstructured data, such as social media posts, which often offer clues to demand shifts. Artificial intelligence (AI) can scan volumes of unstructured data to find patterns. "AI is gold for supply chain managers," says Ted Stank, professor of supply chain management and faculty director of the Global Supply Chain Institute at the University of Tennessee, Knoxville.

Green Rabbit, which handles fulfillment and delivery of e-commerce grocery items, uses predictive analysis tools to flag items spiking outside normal trend lines, says company founder Greg Balestrieri. Then, employees dig deeper. Is the spike a one-off, due to a single customer increasing its order, perhaps for a sales promotion? Or, are multiple customers placing larger orders? The varying drivers demand different responses to reduce the risk of both out-of-stocks and excess inventory.

Producers should understand how quickly their suppliers and partners can boost production if needed. If they can't, can the producer turn to other firms? Kupillas worked with one company that saw demand for its healthy snack food unexpectedly triple over a six-month time frame. To meet demand, the company shifted to a larger co-manufacturer.

"Outsource to companies that have scale and can grow, even if you don't need all their capacity initially," Kupillas advises.

Similarly, a producer can reserve the ability to add warehouse space—essentially, a "capacity insurance policy," Stank says. Like an insurance policy, retaining the option to add space comes at a cost. Food companies need to weigh the expense against the hit to customer loyalty and brand reputation if they can't meet spiking customer demand.

Another option is to work with several partners and spread any increase in supply and production needs among them. This reduces the risk of bumping up against one partner's capacity constraints.

Labor also can be a constraint. Does the company have the employees or contractors needed to handle a spike? "And if I don't have the people, can I train new ones quickly?" asks Steve Beverly, senior vice president of operations for Penske Logistics' West and Midwest regions.

Automation becomes critical when demand jumps. For instance, implementing an EDI system that electronically processes orders, eliminating the need to manually key them in, allows a company to more easily respond to jumps in order volume. "You can scale," Kupilla says.

In inventory management, the focus should be on carrying safety stock of items that could be potential bottlenecks. These tend to be ingredients that help define a product or that can't be substituted. For an energy bar, for instance, these might be specialty nuts or seasonal berries.

The idea of holding some safety stock may seem to run counter to a just-in-time (JIT) approach to inventory control, in which companies receive inventory only as it's needed for production. This can reduce working capital needs and waste, while increasing efficiency.

However, some question the premise behind JIT. "Somewhere, there's inventory," Ehrensaft says. To react quickly to spiking sales, companies need "proximity inventory" that's near the point of consumption, he adds.

Rather than just-in-time, a more effective approach to inventory management is "just enough," Stank says. "This recognizes the probabilities of supply chain disruption."

Another way to exercise close inventory control, while maintaining the ability to meet demand fluctuations, is to postpone some steps in production. Eaton provides an example: A company makes flavored carbonated water. All flavors use the same bottle. The company keeps bottles and flavoring at multiple locations, and then adds water once it has a clear idea of demand. If everyone is clamoring for berry-flavored water, the company can quickly create it and ship it out.

Timely, accurate responses to changing demand signals require communication and connectivity between business partners. "The supply chain between manufacturers and retailers should be considered as one, Triot says. Trust is key, so partners can be confident the business information they share will be treated with care.

The partners also need to agree on common definitions. Triot provides an example: One partner may measure "out of stock" as zero inventory on hand while another views it as lost demand. Item location understanding, such as shelf, display or backroom, is also critical in measuring out of stock. For the data to effectively inform production and distribution, everyone needs the same understanding.

E-commerce often holds an advantage over traditional retail, as much reporting can happen in near-real time. To be sure, the initial information usually is just a starting point for addressing demand changes. "Often, you don't know if you're at the start of the mountain, halfway up it, or at the top," Balestrieri says.

Shippers and their partners need to understand the drivers and their timing so they can tailor their food logistics and inventory control approaches.

Stank notes that for the first 20 years of his career, most companies held inventory and products in centrally located warehouses. Today, inventory control approaches have changed, with more manufacturers keeping stock near consumers so they can meet tighter delivery times. This shift can also help producers react more quickly to jumps in demand.

Also until recently, risk management within many supply chain organizations tended to focus on preparing for supply disruptions. This remains a critical analysis, yet companies also benefit from assessing how spikes in demand could impact their inventory control and management functions. "Companies should consider how they'll plan for unanticipated fluctuations in demand," Stank adds.