In the traditional centralized operation process, goods of the same product are imported into and out of the warehouse in large quantities in trays. The most common automation solution for the storage chain is the Autonomous Vehicles Storage and Retrieval System (AVS/RS). The unit is stored on the high shelf, and the pallet loading and unloading operation is completed by the stacker. In the process of fragmentation, in order to facilitate the selection of thousands of order items in the late mass items and thousands of order lines, the goods are stored in the bin mode, and the intelligent dispatching algorithm is used to command the car group to complete the goods entering and leaving the warehouse.

The KIVA robotic system consists of hundreds of machine carts that lift the shelving unit. After the goods are unpacked, they are placed on the shelf unit, and the goods are bound to the information of the shelf unit through the bar code at the bottom of the shelf unit. The bar code grid is arranged on the warehouse floor, and the two cameras of the machine trolley respectively read the bar code of the ground bar code and the bottom of the shelf unit. Cargo handling navigation is done with sensors such as encoders, accelerometers and gyroscopes. In addition, the machine trolley does not support movement and steering synchronization, and it needs to be fixed in place when steering. The core of the system is a centralized multi-agent scheduling algorithm that controls the car. 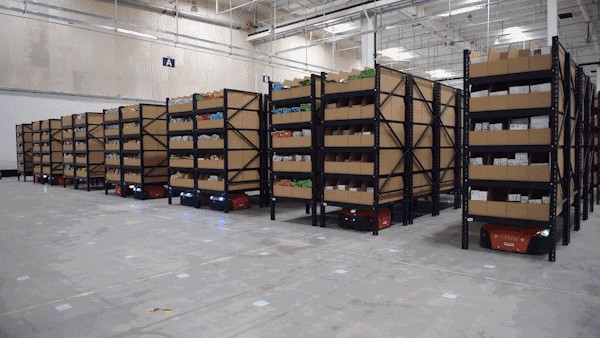 The KIVA robot system is limited by the height of the shelf unit and can only store the goods in the plane space. The automatic shuttle warehouse system uses the three-dimensional bin-type shelf to realize the storage of the goods in the three-dimensional space in the warehouse. Before entering the warehouse, the goods are stored in the bin after being unpacked, and the bin is sent to a certain layer through the hoist at the front end of the racking lane, and then the shuttle in the layer stores the goods into the specified cargo. When the goods are out of the warehouse, the cooperation between the shuttle and the hoist is completed. The core of the system is to optimize the algorithm of the location allocation optimization algorithm and the trolley scheduling algorithm, balance the workload between each lane and each layer in the single lane, improve the parallel working time between equipments, and maximize the working efficiency of the equipment. 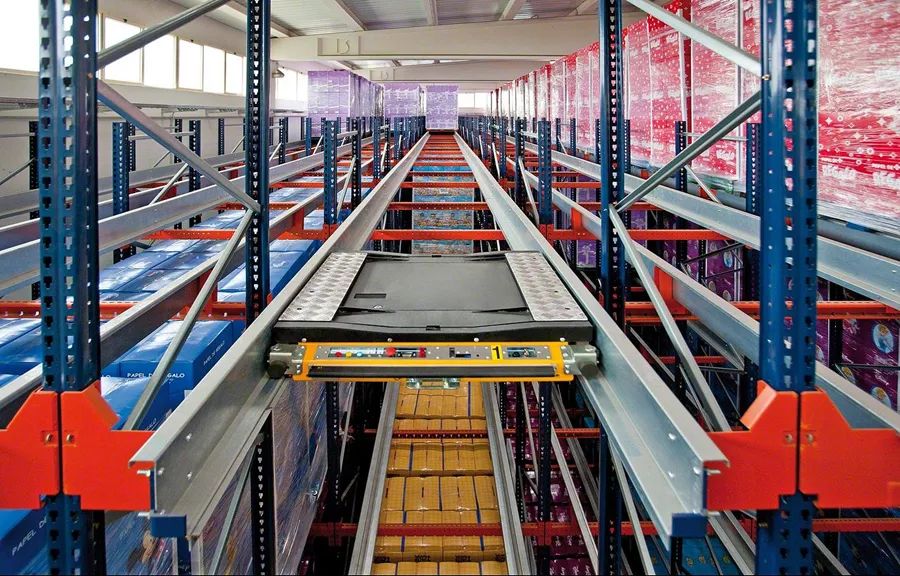 When the cell unit trolley is on the shelf or the hoist, it moves on the track according to the working mode of the traditional automatic shuttle; when leaving the shelf to reach the ground, it can switch to the operation mode of the automatic guided trolley to run on the ground. The navigation method on the ground is different from the KIVA robot system. It uses sensor fusion technology based on wireless sensor network ranging, laser range finder measurement and speculative navigation method. The wireless sensor network realizes information communication and global positioning. The range finder measurement and speculative navigation method achieve position tracking and positioning accuracy correction, which is more flexible than the KIVA robot system ground tag with inertial navigation. The cell unit system seamlessly links the three-dimensional shelf storage space with the ground plane storage space, representing the future development direction of the scalable and highly flexible car group technology.