How long does it take for drones to be shipped?


The invention of the car has led to major changes in the land transportation system, and the rapid spread of drones is also expected to promote new developments in low-altitude airspace. In recent years, the civil drone manufacturing industry has developed rapidly, the core technology has continued to improve, and the product range has become increasingly abundant. The data shows that the commercial drone industry is growing rapidly, and the market expects that the commercial drone market will exceed $126 billion by 2020. According to statistics, there are about 110,000 commercial drones in the United States, which is expected to increase to 450,000 in 2022.

A few days ago, Wing, a subsidiary of Google's parent company, Alphabet's X-R&D lab, was approved by the Australian Aviation Authority to provide drone distribution services to home users in the Canberra region of the country. In fact, Wing has been conducting drone testing in Australia for more than four years, and the service was previously limited to people in three suburbs of Canberra.

Wing introduced in the blog that its approved drone commercial service allows users to purchase various products through the APP. After the order is placed, the drone will deliver the goods within a limited time. It is reported that in the past year and a half, the company has successfully delivered more than 3,000 items to Australian consumers. In addition, the Australian Civil Aviation Safety Authority said in a statement that "Wing's drone distribution operations have reached an acceptable level of safety."

Of course, in the current development of drone delivery, Wing is not a lone in this field, there are many Internet giants and logistics, e-commerce, express delivery companies have entered, such as Amazon, Intel, China's SF, Jingdong, Ali and other enterprises. Among them, Amazon is undoubtedly a strong competitor.

Amazon has been in the field of drone delivery for a long time. It has been committed to the development and innovation of drone technology, frequently conducted related tests, and launched specific drone products. At present, Amazon's PrimeAir has grown into a leader in the field of drone delivery. In addition, Intel, Uber, SF, Jingdong and many other companies are also actively testing logistics drones and accelerating the commercialization process. 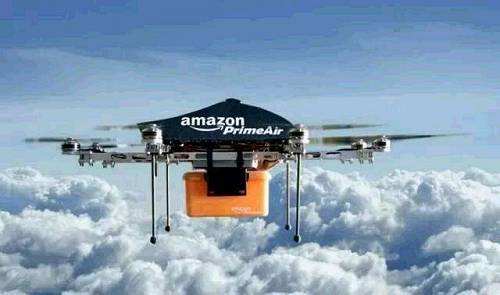 In March 2018, Jiangxi Fengyu Shuntu Technology Co., Ltd., a subsidiary of SF Express, issued an announcement announcing the approval of the China Civil Aviation Administration's East China Regional Administration to issue a drone aviation operation (pilot) license. The issuance of this operating license not only makes SF take the lead in the development of drones, but also means that the Chinese government supports and affirms the development of the drone delivery field.

Under the influence of multiple favorable factors such as national policies and market environment, companies such as Jingdong and Ali's rookie, Suning and Zhongtong have been involved in the field of drones. In the 2018 tea picking season, the rookie drone formation teamed up and down between Hangzhou Shifeng Mountain and West Lake Fried Tea Center, and transported the newly picked Shifeng Longjing tea to the mountain. In November 2018, Jingdong independently developed the original feeder unmanned cargo plane. In Shaanxi, the first flight was officially completed. In addition, Suning plans to build 5,000 drone intelligent logistics hubs across the country, covering the ground service network of drone navigation, R&D, production and after-sales, and centrally managing the UAV industry resources.

In a good situation, the challenges faced by drone delivery cannot be ignored. Currently, the main problem with drone delivery is the battery life problem, which is the problem of battery life. If the drone is to be charged in a short interval, it is necessary to put a large number of drones, and it takes time and effort to operate, and the cost will be quite high.

In addition to the shortcomings in battery life, drone delivery also faces the lag of laws and regulations. At present, many countries are still not perfect in the relevant legislation on drones, and the management system needs to be speeded up. In the absence of regulations and standards, drone delivery is obviously not realistic in order to achieve large-scale commercial use. Industry experts said that it will take five years or even 10 years to improve the relevant laws for drone delivery.