Prologis: the supply chain case for investing in the future of rail freight 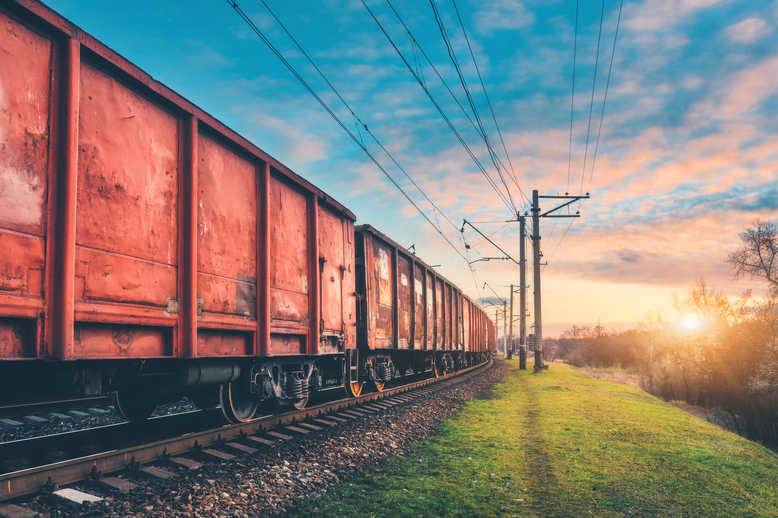 With increasing pressure on businesses to demonstrate their environmental credentials, and the need to move goods faster and further than ever before, the world of logistics is constantly looking for ways to evolve. As always, thinking outside the box will be crucial – perhaps a solution to freight’s modern-day challenges lies in rail?

Transporting goods across the UK by rail has always been popular, but now, increased capacity on the network due to less coal and aggregates being transported means that it could be a possibility for many businesses who may not have considered it in the past. However, whilst the benefits of rail freight are not as widely recognised as they could be, backing from both Network Rail and large corporations should serve as an indicator that it is a viable option, alongside traditional HGVs, as part of a sustainable and resilient supply chain.

This positive push to improve the effectiveness of rail freight is being driven by numerous different stakeholder groups. Earlier this year, major operators DB Cargo UK and Maritime Transport signed an agreement to enhance multimodal capacity across the network, and Network Rail, which owns the track and infrastructure, has made similar positive moves. Freight paths, slots which are built into timetables to minimise disruption to passenger services, are being opened up by Network Rail, allowing freight operators to increase the number of services they run.

Yet, despite the investment being pumped into rail freight in the UK, this form of logistics is still battling negative preconceptions and a lack of awareness around how it operates. Cost is often cited as a major drawback, as is the seemingly complex way in which it functions. However, whilst rail freight is relatively inflexible in terms of where the terminals are located, most of the UK’s major ports are connected to the rail network, which then provides links to the rest of the country.

At a time when conversations around climate change are causing many consumers to examine the miles travelled by the goods they consume, rail freight is actually a greener form of transport than most people expect. Each fully-laden freight train removes 76 HGVs from the road, producing 76% less carbon dioxide than the HGVs needed to transport the same amount of freight. The environmental benefits of this are clear, but reducing the number of HGVs on the road also saves money in the wider logistics supply chain through the requirement for fewer HGVs and drivers.

Looking into the possibilities, rail freight can also form part of a business’ resilience planning for the future. There is a well-publicised reduction in the number of people choosing HGV driver as a profession in the UK, meaning this form of transport could become more strained in future. Rail freight circumvents that issue to some degree and even just exploring the options for utilising rail freight in future could form part of important contingency planning for the future.

For businesses which have not considered rail for their logistics operations before, finding a site for an intermodal hub may appear to be a challenge. However, the UK is well-equipped with a network of sites with their own dedicated connections to the rail network. These include Daventry International Rail Freight Terminal (DIRFT) in Rugby, where large businesses such as Tesco and Sainsbury’s have set up significant operations, taking full advantage of the rail possibilities to serve their UK customer base and store network. This includes sharing the capacity of freight trains drive further cost efficiencies in their logistics operations.

Establishing a distribution centre on the site of a rail freight terminal also has several advantages, the most obvious of which being proximity to the freight trains themselves. HGVs are not required when operating around a freight terminal and the proximity of the distribution centre to the rails reduces the time taken and costs involved with moving containers from dock door to train. Additionally, tugs which operate solely in the confines of a rail freight terminal are permitted to use red diesel, which is not subject to the same tax as conventional fuel and they can also accommodate movement of ‘overweight’ containers.

Those businesses holding back because of delay horror stories from the passenger rail network shouldn’t be put off either. Data collected by Network Rail for DIRFT shows that in the latest recording period, approximately 83% of trains departed on time and approximately 90% arriving on time. This is significantly better than the figures for passenger rail, with recent Network Rail figures showing that between June 2018 and June 2019, only 65% of services departed on time.

With some further development, rail freight could offer a solution to one of the logistics industry’s most common challenges: conquering the ‘last mile’. While HGVs can become snarled up in urban traffic - if they are allowed in at all - most towns and cities in the UK have stations and rail freight terminals. As long as there is provision to cater for increased freight, rail could offer a direct and fast route into even the most congested urban areas.

Investment in rolling stock will be crucial for urban rail freight’s success. Could smaller train units must be introduced in the future, which can travel further faster and more efficiently? Additionally, with HS2 on the horizon is there potential for even more capacity to be freed up for freight across other routes?

Ultimately, in an increasingly crowded logistics landscape, rail freight can offer businesses the opportunity to move goods in a faster and more environmentally-friendly manner. Many of the preconceptions about rail freight simply no longer hold true and at a time when efficient, sustainable logistics are of upmost importance to meet consumer delivery expectations, maybe rail holds the answer?