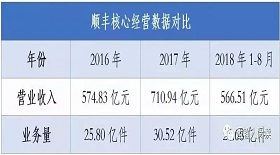 The day before, yuantong express, Shentong Express and Yunda Shares issued unaudited August business briefs one after another, all of which continued to maintain a good development trend.

The briefing shows that Yuantong realized an express product income of 1.686 billion yuan in August, up 21.23 % year on year. The business completed 515 million votes, up 35.17 % year on year.

Yunda realized a revenue of 908 million yuan from express delivery services in August, up 23.04 % year on year. Business volume reached 574 million pieces, up 49.48 % year on year.

On the other hand, Yunda's growth rate is as high as 49.48 % in the closely watched business volume, and it still maintains " explosive" growth. The year-on-year growth of Yuantong and Shentong also far exceeded the industry average, especially the growth rate of Shentong's business volume reached 46.63 %, which was the best performance since this year.