Today is the second day of Asia Logistics Trade Show.

Hannover Milan Exhibition ( Shanghai ) Co., Ltd. announced that it will officially organize the hydrogen and fuel cell exhibition area - H2 + FC in conjunction with Tobias Renz, a well-known European exhibition company, from 2019 to be held in the same place as Cemet Asia ( Shanghai New International Expo Center, October 23 - 26, 2019 ), which is precisely looking at the important application and development potential of hydrogen energy in related industries in the future. From the perspective of resources and environmental protection, the major developed countries all over the world attach great importance to the development of hydrogen energy. At present, hydrogen energy and fuel cells have been commercialized in some sub - fields, and it is expected that hydrogen energy will usher in an industrial explosion in five years. It is estimated that by 2022, China's hydrogen fuel vehicle sales will reach 3. This will drive the development of hydrogenation stations, fuel cells, hydrogen production, storage and transportation. The annual output value of the hydrogen industry will exceed 100 billion yuan in the next five years, with fuel cell vehicles and fuel cells accounting for most of the output value.

"Hydrogen energy and fuel cell exhibition is a new and sustainable energy theme project. we introduced it into c e m at Asia, considering that energy cells can provide a driving technology for commercial vehicles to develop sustainably. At present, many commercial vehicle manufacturers are developing this environmentally friendly and efficient product. " said Benjamin Lowe, global director of integrated energy projects at Hannover exhibition company in Germany. " The choice of Shanghai as the new theme is the result of our thorough investigation of the fuel cell industry. " Liu Guoliang, managing director of Hannover Milan Exhibition ( Shanghai ) Co., Ltd., said," because in the Yangtze River Delta, Pearl River Delta, Beijing and other regions with strong economic and technological strength in the central and eastern coastal areas, major enterprises in China's fuel cell development have gathered. " In the past two years, the heat of fuel cell investment has increased, with more than 100 billion hydrogen fuel cell investment projects in 2017 alone. 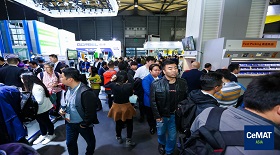 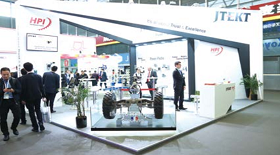