In 2019, CeMAT ASIA had celebrated its 20th Anniversary. Since its first edition in 2000, the show has continuously paved its way to becoming one of the biggest international material handling and logistics technology exhibition in Asia-Pacific.


During a time of economic upwind for the logistics industry, CeMAT ASIA has been the central meeting platform for logistics industry professionals doing business is Asia. The industry has grown rapidly due to steady growth of established industry players and the rapid emerging of startups tapping into global trends such as e-commerce and international trade. 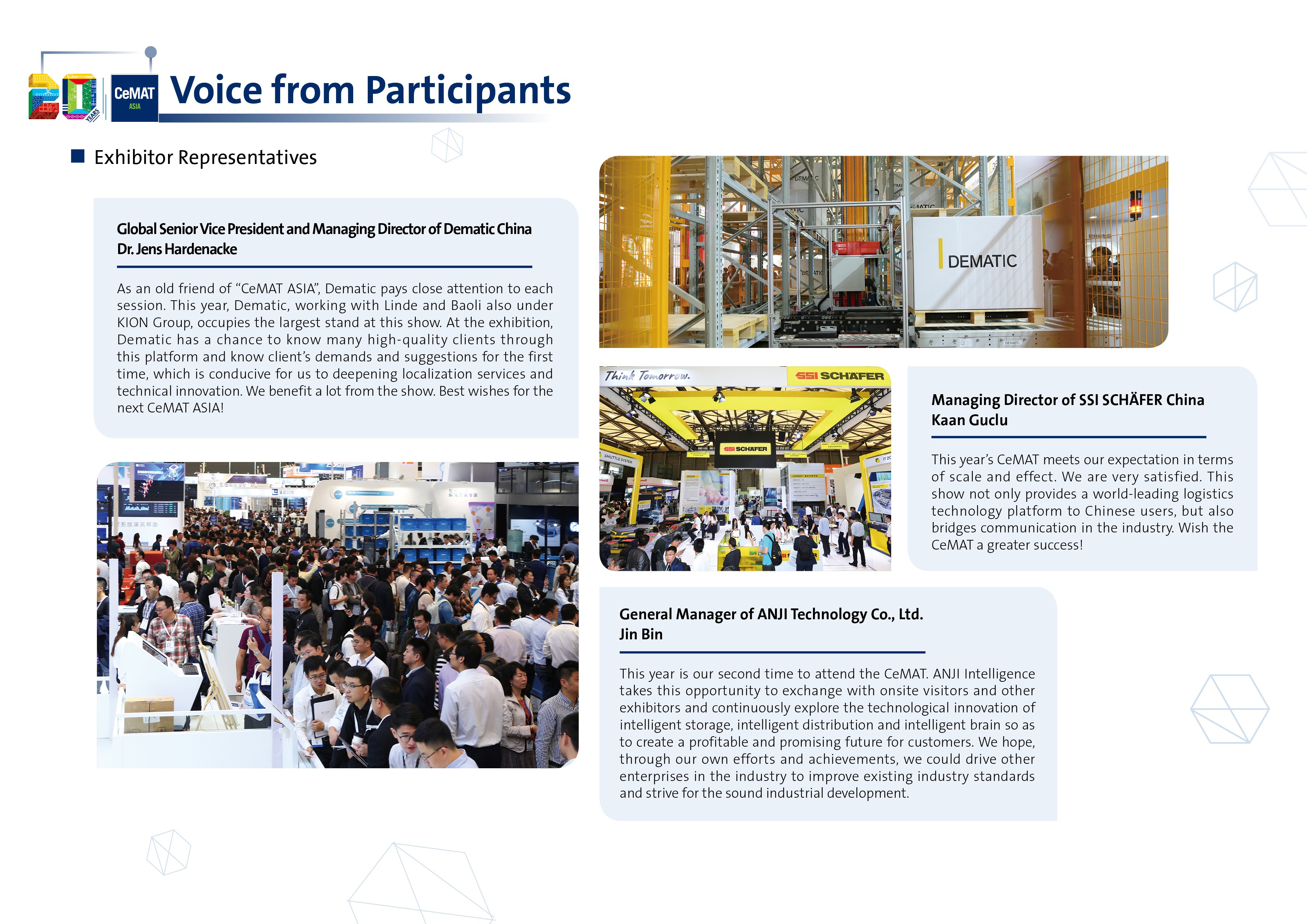